Co-operation against Mining in Omagh! 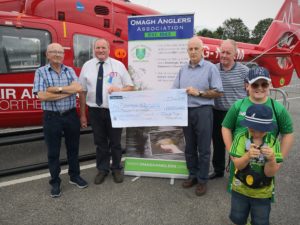 Jackie Fergy , Kenny Harvey and Tommy Quinn with Ben and Olly at the front handing over the cheque to the NI Air Ambulance 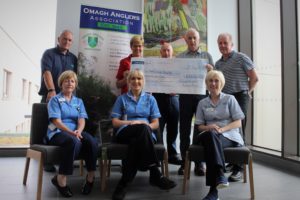 After a very successful fund raising effort members of Omagh Anglers Association handed over two cheques for £1000 each to Air Ambulance NI and the Palliative Care Ward respectively. It was a fantastic team effort by all involved to raise such a substantial amount of money and again I can only thank everyone for all their efforts for two worthy causes.