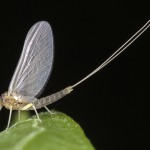 Omagh Anglers is one of the oldest and largest angling clubs in Northern Ireland with around 700 members. The club has access to fishing which extends from upstream of the county town of Omagh down to below Newtownstewart taking in the rivers Drumragh, Camowen, Strule and the Owenkillew. This is one of the most prolific trout systems in Northern Ireland and it also receives large runs of salmon and sea trout.

The season extends from 1 April to 20 October with salmon coming into the system from mid May onwards. If the river runs high then there are good runs of salmon throughout June, July and August. The larger salmon run the Owenkillew from September onwards. Some of the most popular salmon flies for the system are the Wye Bug, Curry’s Red Shrimp, Gold Shrimp and sometimes the Apache Bug.

Sea trout can usually be caught around Newtownstewart from June onwards with good patterns being the Black Pennell, Teal Blue and Silver, and the Peter Ross. The sea trout are generally of good average size, 1-2 pounds (½-1kg), but there is always the possibility of fish up to 5lb (2+kg).

Brown trout fishing on the system is top quality with abundant stocks of wild trout in the range of ¾-1½ pounds (0.3-0.7kg). In the past the club stocked catchable-size trout to supplement the wild stock but have been advised by the Loughs Agency that this is not necessary as survey results have indicated a prolific wild stock. The upper waters of the system around the town of Omagh on the Strule, Drumragh and Camowen constitute a superb trout fishery.

The flies best suited for brown trout vary with the season but some of the most popular patterns include: Iron Blue Dun, small and large Dark Olives, Nymphs, Sedges Wickham’s Fancy.

There are alternative angling opportunities in the area if the river happens to be in flood: Lough Bradan and Lough Lee are very good brown trout fisheries managed by the Department of Culture, Arts & Leisure (DCAL) who issue a game fishing permit for these waters. The permit is for 3 days and is reasonably priced and Loughs Agency rod license is also required. Fly fishing (bubble permitted) and spinning and bait fishing are permitted.