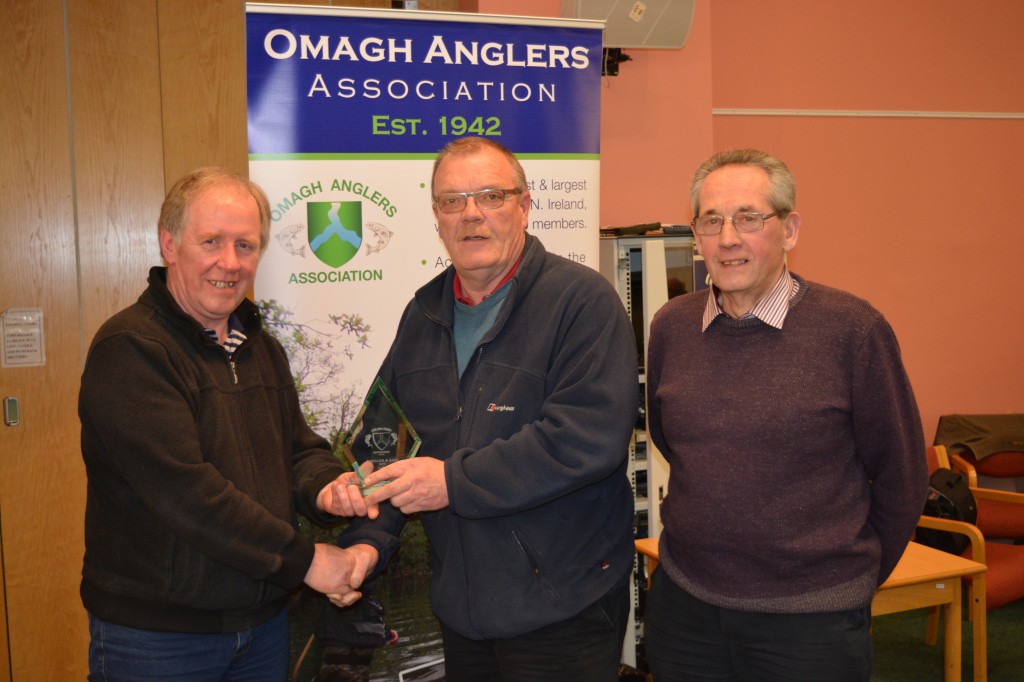 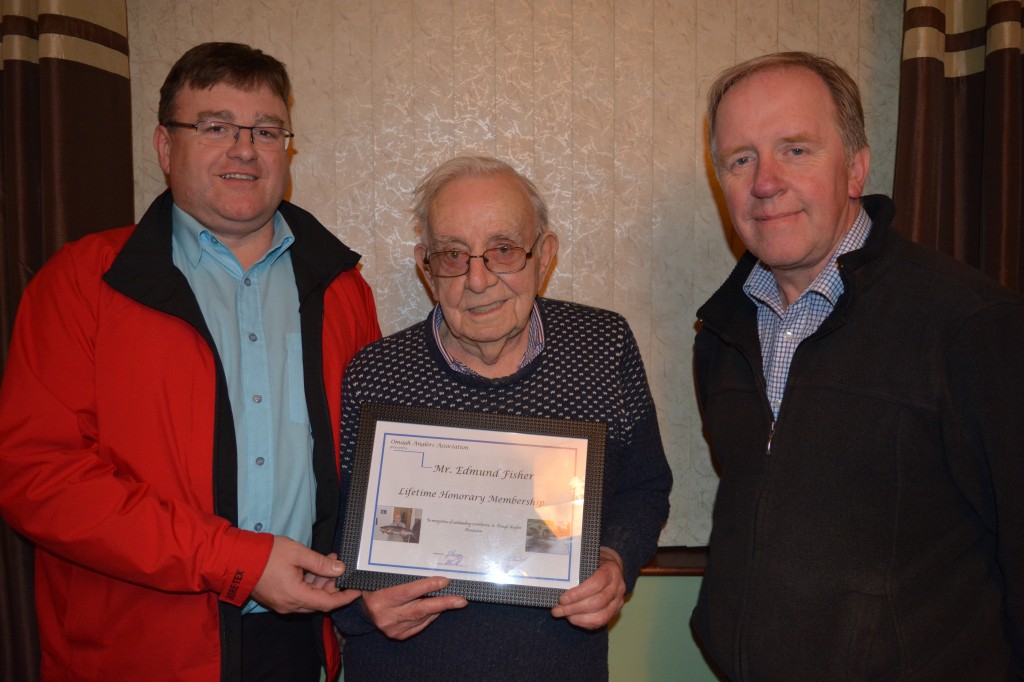 This is not an accolade which is afforded to many but this year 2016 Eddie(Minnow) Fisher was awarded honorary membership of Omagh Anglers Association. He is only the 4th person to be awarded this honour.
This was in light of the enormous amount of work undertaken by him and a few others in tidying up the river bacnk and cutting back trees and branches to help make the river more accessible for club members.
Eddie suffered a stroke in November but on my last visit this week to him he is all ready to embark to the river to start his 2016 season alongside his good friend Tommy Quinn.
Tomy was instrumental working alongside Eddie in getting a lot of the clearup operation completed in time for the season start.
The Members and Committee of Omagh Anglers Association would like to thank these two men for all the great work done over the last couple of years and also many thanks to all those who have helped in tidying up the banks including Malcolm and John Burke and D. Doherty and wish them all tight lines in 2016!