Letter from Loughs Agency to All Anglers

REMEMBER CATCH RETURNS MUST BE IN BEFORE 15TH NOVEMBER 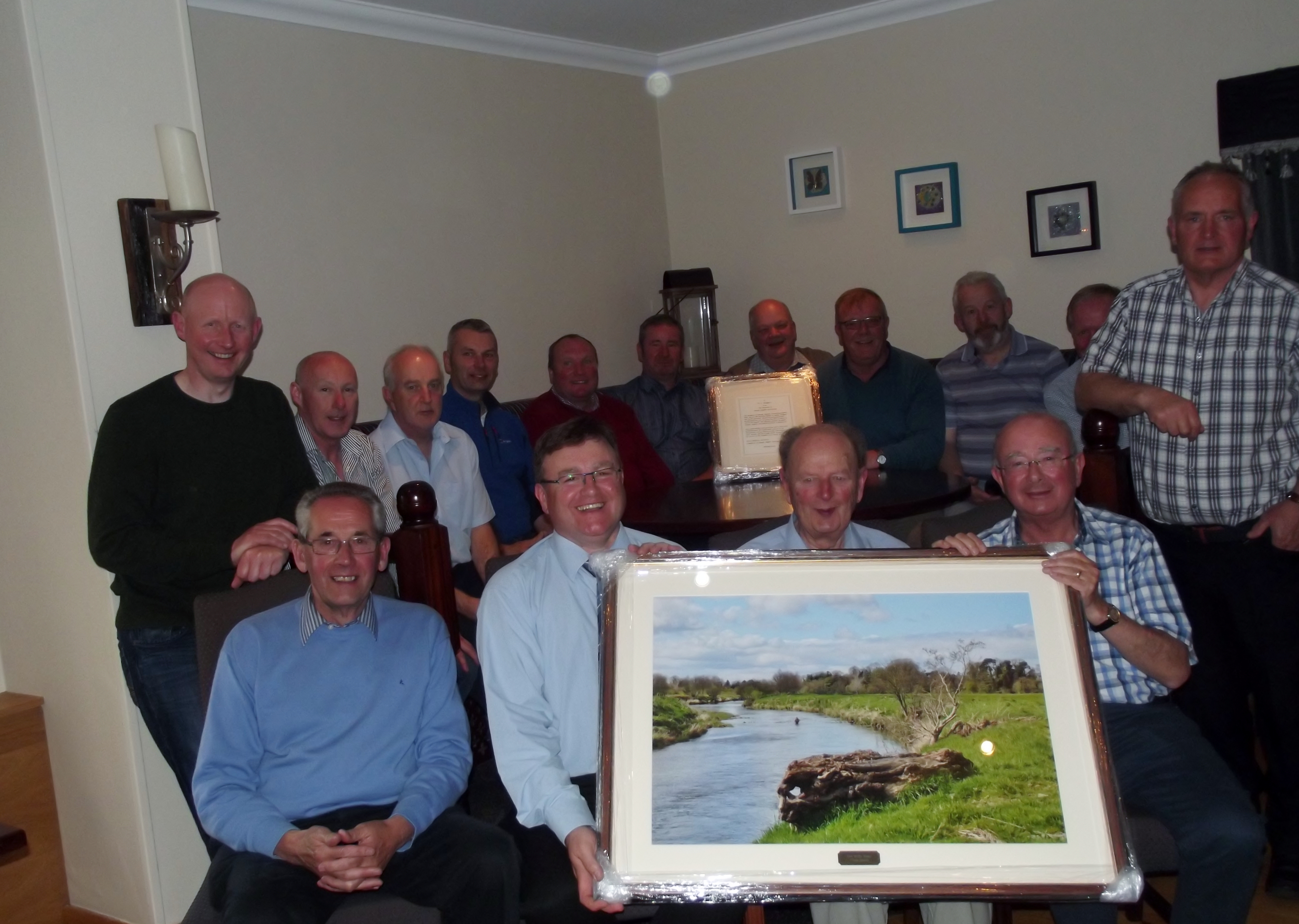 It is with great sadness that I report the passing of Bobby Rodgers former Chairman  and long standing stalwart of our Club, Omagh Anglers Association.

Bobby had been recruited to the Association in 1963 as a committee member by his uncle Joe Mathers who was the Treasurer of the Association since it was set up in 1943. He quickly progressed through the ranks becoming assistant treasurer in 1964 Secretary in 1967 and then Chairman after the late JV Courtney in 1979. He held the position of Chairman until his retirement this year 36 years in total.

Bobby is seen here receiving from the Association a large framed photo of one of his favorite spots on the river, the Willy Wans on the River Strule which is just above the meetings of the rivers Fairywater and Strule on the Beltany Road out of Omagh.

Bobby had recounted to the Committee that evening that many years ago he had tied himself ,a silver salmon fly ,and on its first outing he had captured two 12lb salmon from the Willy Wans.

During his time in the Association Bobby was recognised by the Queen in the Birthday Honors list receiving the MBE in 2001 for services to Game Angling.

Bobby’s knowledge of all the local waters and all the place names on the river was fantastic and he had many connections within the game angling network in N. Ireland . He had a steadying hand at the helm of Omagh Anglers Association for many years and was always the calm voice of reason . His input has had a great effect on those who follow in his footsteps.

I pass on , on behalf of all the Committee and members ,all our deepest sympathies and condolences to his wife Maura and his family at this very sad and difficult time. Our thoughts and prayers are with them.

Comments have been disabled.